On this date a few decades ago, I got a two-fer: a baby brother who grew up to be one of my favorite friends.

Jack is the only person in the world who calls me “Sis,” and today is his birthday.

I am four and a half years older than Jack, so I can only vaguely recall meeting him for the first time. What I remember is that my older brother and I had spent the night with our grandparents, and we were having our breakfast of gravy and biscuits when our parents pulled up to take us home. We dashed out into snow flurries swirling as we climbed into the backseat of the car. My mother had a big bundle of blanket in her lap, and Jack was inside that bundle.

I liked holding him, giving him his bottle–though I did get in trouble once for giving him Pepsi in his bottle–and kissing him goodnight.

We played together a fair amount as little kids, but he was quick to push my hand away whenever I tried to put my arm around his shoulder as we might be walking along somewhere.

Until he was well into elementary school, he refused to eat much of anything except French fries–one of many indulgences given as the baby of the family. Oh yes, he definitely was spoiled, but it didn’t hurt him in the long run.

He was popular in high school–voted “cutest” boy in his senior class. The cutest boy never lacked female companionship, either.

I should have graduated from college at least a year before Jack graduated from high school, but my life took a couple of turns that prevented that from happening. Jack even lived with me for about a year while I was on one of those turns.

One of the funniest things he and I have ever laughed about happened during that time. I had a house cat, and Jack came home late one night with his dinner in a McDonald’s drive-through bag. Preparing to spread out on the floor in front of the TV, he took out his burger, opened it to add salt and discovered he didn’t have any salt packets. He stood up and went to get the salt shaker and, when he returned, he found a growling cat dragging away the hamburger patty.

He moved back to our hometown and started college and, not long after, I moved back close to there and resumed college. We were both going to Tennessee Tech and when we ended up taking an English lit class together, that was one of the most fun experiences of my time in college.

We’ve gone to football games, baseball games, bowl games, movies, concerts, beaches and mountains together. We have a knack for making one another laugh.

We aren’t 100 percent, exactly alike, but we have a lot more in common than blood.

Carrie and Jack get married

Today, I’m very glad to say, he has been married for barely more than one year. After spending the majority of his adult life as a self-employed bachelor and being OK with that, he met Carrie through a business transaction. After a while, they began dating and after a few years, they got married in December 2018. He’s a guy who can take care of himself, but he has a big heart, too. It makes me glad to see him in such a strong and loving relationship, one in which his big heart is happy. 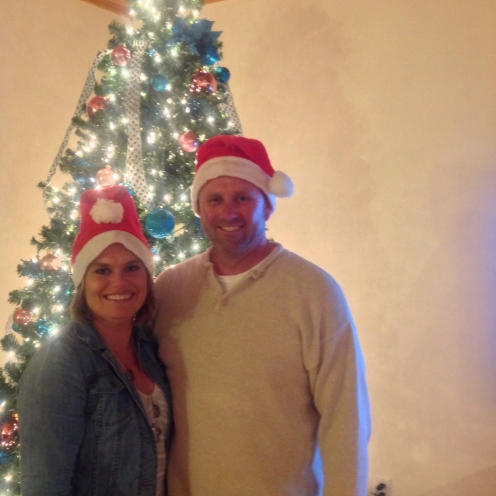 So, happy, happy birthday to my (big) little brother!