There, but for Grace…

What a beautiful Sunday afternoon in March–so many options for a great day.

I could go hiking, watch a sporting event outdoors, maybe do some yard work in the bright sunshine. A day like that, when it’s still technically winter, calls for making the most of it.

So, what did I choose? None of the above.

I made my first-ever visit to KARM, Knox Area Rescue Ministries. The visit–by a group of several of us from the church I attend–had been scheduled for weeks. 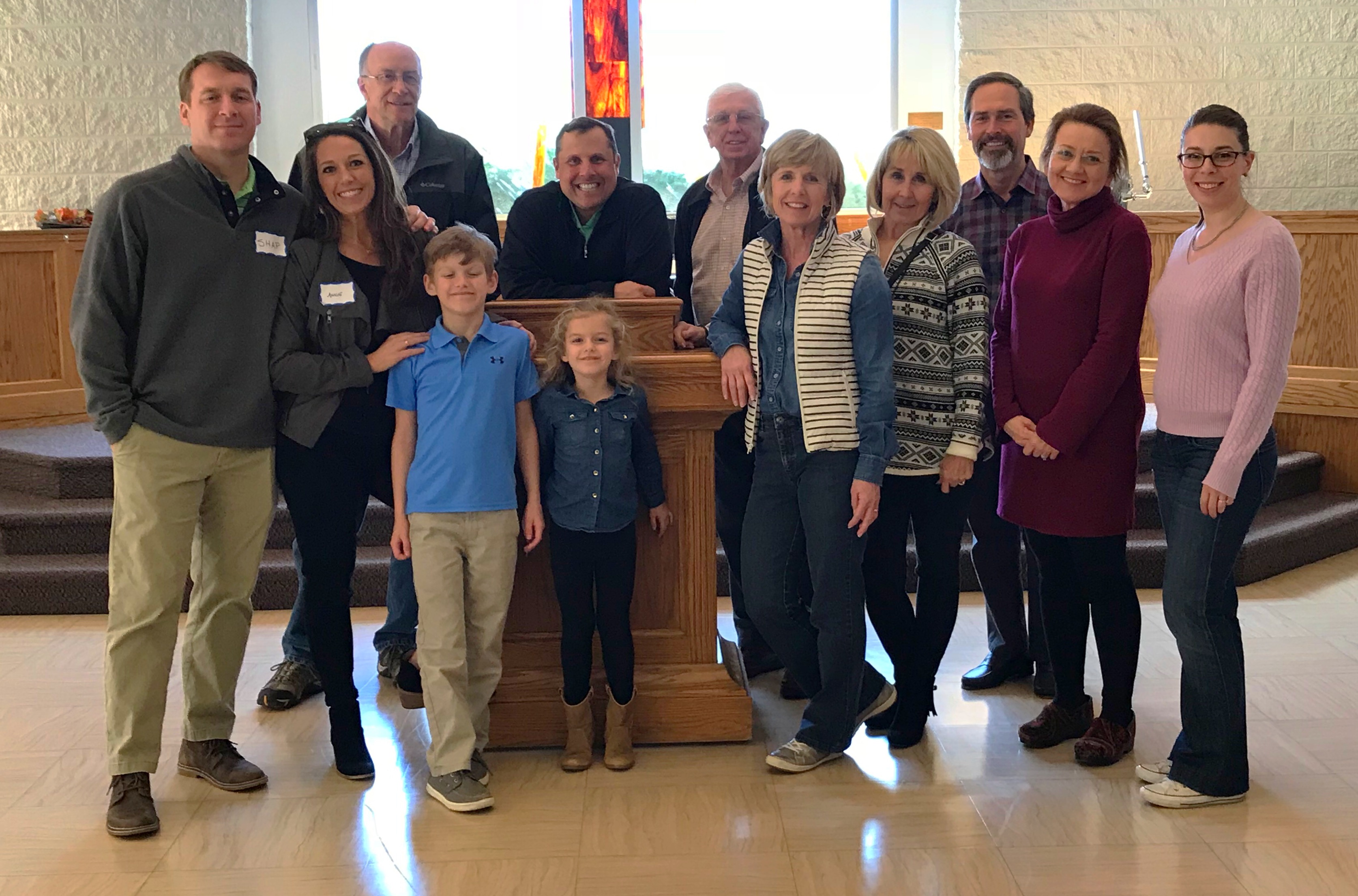 Truth be told, I began the day somewhat regretting that I had committed to the KARM visit–only because I work long hours at my job and, at least at this time of year, warm and beautiful days off are hard to come by.

At KARM, the people served are called “guests,” as a show of respect for the homeless and those struggling to keep from becoming homeless. The three guests I got to talk to made me realize I was meant to spend my afternoon with them. 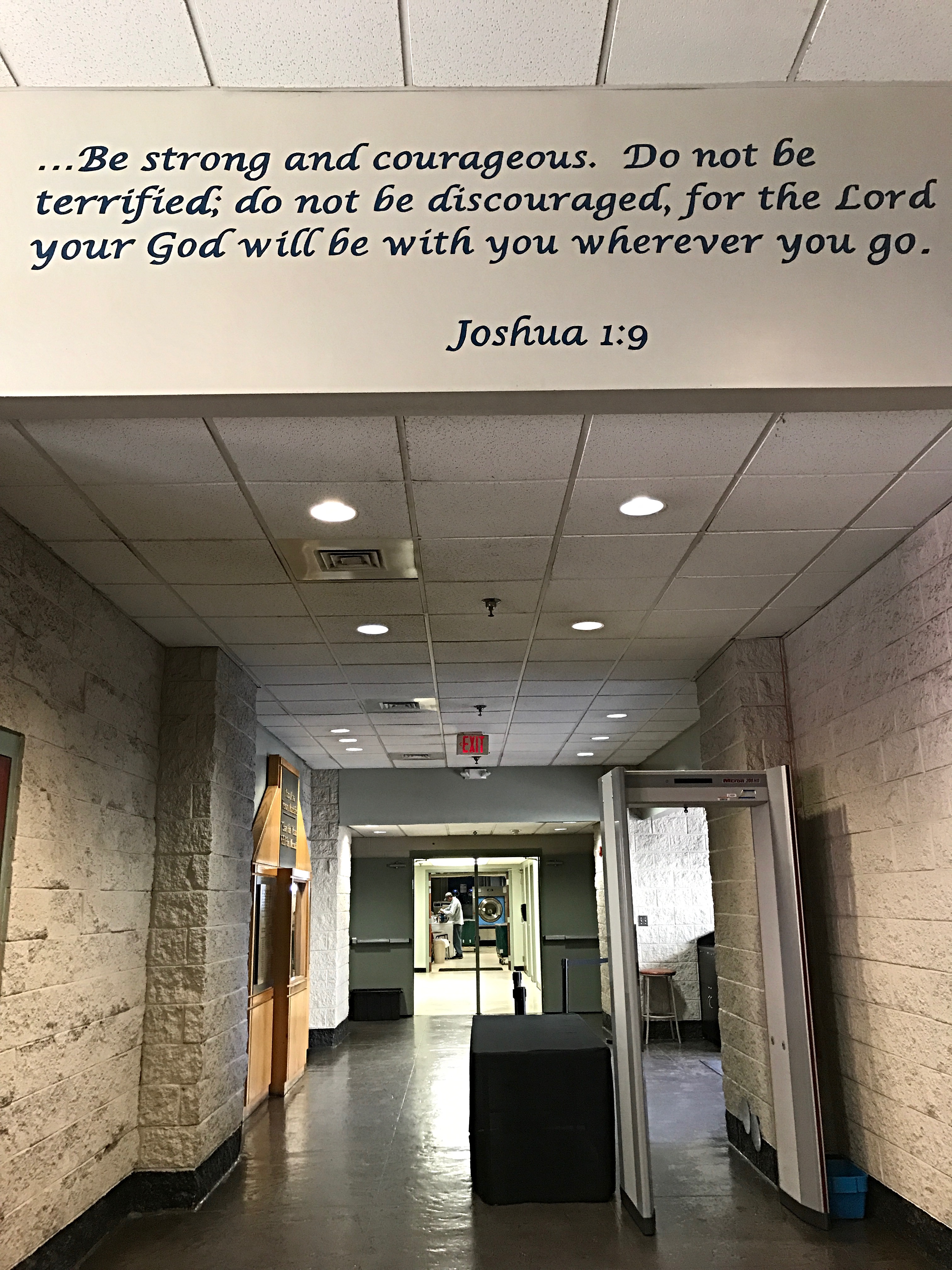 Before I met them, our group of about 10 people got a complete tour of the facility. KARM not only serves about 1,000 meals daily and gives a few hundred men and women a safe place to get a good night’s sleep, the agency offers Christian worship services every evening and an array of training and classes almost every day.

“We believe that rescue begins when someone comes through our doors with all their brokenness on display.”–KARM

We learned the meaning of “toxic charity,” articulated in a book of the same name by Robert Lupton, which says, “When we do for those in need what they have the capacity to do for themselves, we disempower them.” 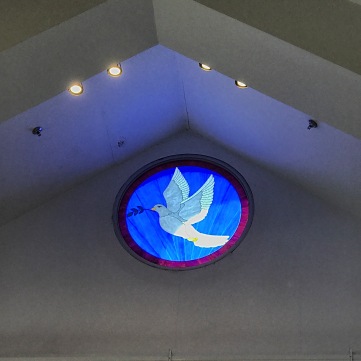 As our guide explained, one way to think of the basis for KARM offering rescue, followed by attempts to remedy obstacles to self-sufficiency is that, “Nobody is so poor that they have nothing left to give.”

And, she added, “If you’re not willing to work within parameters, we can’t give you services. If someone is perfectly capable and chooses not to accept help, that’s different than being incapable.”

KARM works with each guest to identify needs and capabilities. A case manager is assigned to hold a guest accountable, to ensure medical appointments are kept, housing prospects are investigated, and training and other opportunities are maximized.

“Knox Area Rescue Ministries provides daily for those most vulnerable and desperate among us, first supplying rescue services of food and shelter, then healthy, supportive  relationships, and ultimately restoration, including job-training opportunities.”–KARM

Launch Point is the name of a four-week program of training on a range of topics to enable basic, successful functioning: social customs, legal obligations, financial responsibility, resume writing and more. Serenity is an 18-month alcohol and drug addiction recovery program.

The local Salvation Army headquarters is across the street, and those served by it and KARM congregate in the surrounding area. At the same time each Sunday afternoon, KARM staff roll up a metal gate covering the open-air window at a “snack counter.” Our group had brought pre-packaged snacks and bottled water to add to the cupboard, and several stepped up to the counter to distribute goods to the guests who approached.

We’d also been told it was OK to step outside and visit with those gathered–if we were comfortable doing so. It was clear to me that the distribution of snacks from the counter was well-staffed, so I ventured outside. I had a bit of trepidation about being able to discern those interested in conversation and about what I might say, so I asked God to help me.

I approached a man about my age and asked if I could join him. He was friendly and we began talking easily. He wasn’t from Knoxville, but is staying with family in the area and hoping to get his own place. He told me KARM is helping him with local housing and employment that he should qualify for as ex-military. 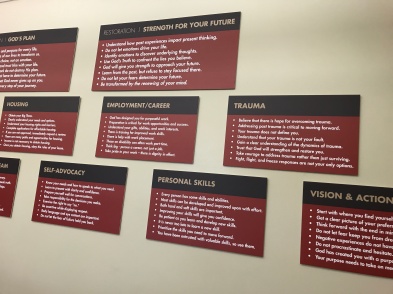 The next person I approached was probably in his 30s, I realized after he began speaking. I had guessed older from his appearance, which suggested a lot of mileage on some of life’s hard roads. He told me it was fine to sit with him, but conversation didn’t come easy. Not that he resisted, words just took a lot of effort. So we sat together at the concrete picnic table and mostly looked around us. We agreed the sunshine was nice but the breeze was a little sharp. I thanked him for letting me join him, wished him a good day, he nodded, and I moved on.

I walked up to a young woman, and she eagerly invited me to sit with her. She offered me some of her cheese crackers, and I told her I’d already had some. She was glad to talk and did so, readily. I learned about where she is from (out-of-state), about her family (some of whom are struggling as she is), and that she is well-informed on the nature and role of social services in Tennessee. I asked about her health, and she was candid about a serious mental illness: “But, you know, if I just take my meds, it’s OK.”

“Something miraculous happens in our own hearts when we serve the neediest among us. We see how fragile our own lives are. We recognize our total dependence on God, and His rich blessings in our lives. Our relationship with Him grows deeper and stronger than before, and He uses us to work miracles in the lives of others.”–KARM

A few minutes later, it was time to move on. As we went to pray and leave literal words of encouragement at each of the beds in the sleeping quarters, I felt a bit overwhelmed by the quantity–more than 350 single beds–of need, knowing KARM is not the only such facility in the area.

I kept thinking about the people I’d just met. I hoped things might get better for them, that life might cut them a break, that our conversation might be remembered fondly. I know I remember it fondly. Gratefully. Because KARM’s words above are true–confronted by the most extreme of need, I could not help realize how fortunate I am. That I haven’t been devastated by the fragility of life. That I haven’t been the victim of tragic circumstances or decisions.

Everywhere I looked, I kept thinking to myself, “There, but for the Grace of God go I.”

And ever since, I’ve been thinking about volunteering to teach in some of KARM’s classes. It seems like a good way to express gratitude.

5 responses to “There, but for Grace…”